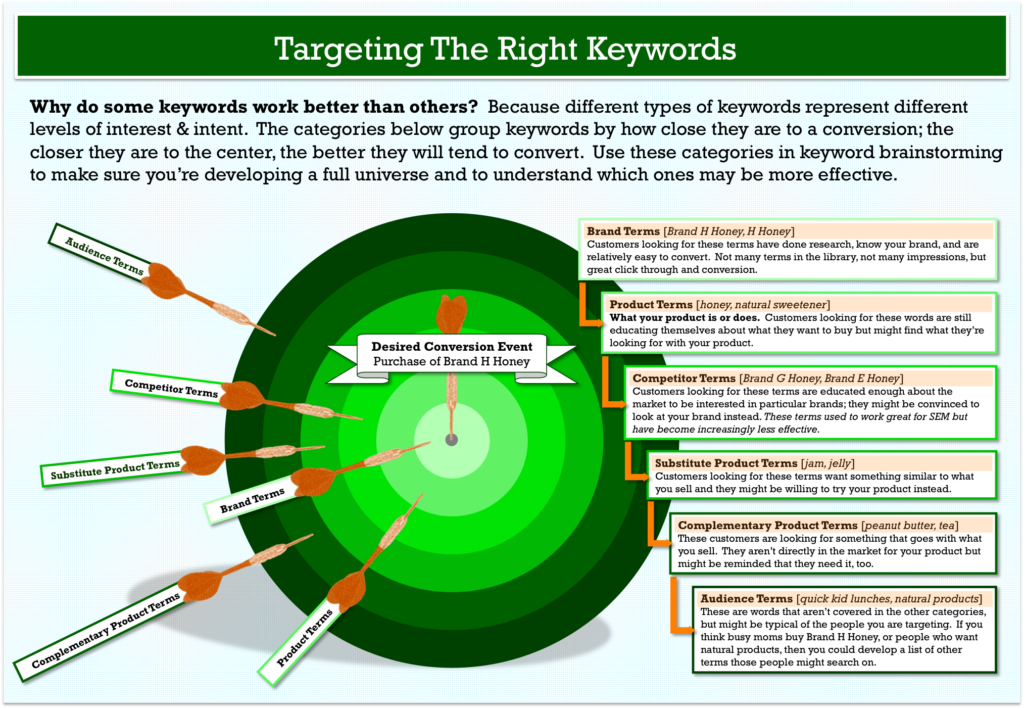 I heard a question on Facebook the other day that I found quite interesting:

Hi fellow bloggers, so I have a question. How do you handle not limiting your creativity by using SEO and keywords? Once I started researching keywords, it blocked my creativity! Seriously, while I get more traffic now, before I liked my posts better, they were more creative in a way. Now it’s more like ‘how to travel’, ‘how much it cost’, and so on, while all I want is to put more truth and voice out there, and not become redundant. Any ideas? Suggestions? How would you get traffic while still being a creative writer?

I thought this an interesting question, and the replies were even more interesting, such as:

Can’t you write the article you want? Than after it’s done figure out the keywords and alter them? This way you have your voice and then you can add the keywords afterwards.

I find this works best for me too. But sometimes, if I’m just inspired to write something I write it exactly how I want it to be written, SEO be darned!

That’s how I do it also – I couldn’t imagine doing it the other way around!

That’s what I do! But I’m hardly a slave to SEO in fact a novice really. I pretty much write what I want and hope for the best lol

So, how do you keep your creativity, while also using SEO and keywords?

I looked through the original posters blog and found one of her articles, before she started looking at keywords. She’s called it: Vegan Heaven in Berlin, and it’s a review of a vegan restaurant called The Bowl. Basically she waxes lyrical about how great the restaurant is, and how hard it is to find vegan restaurants in Berlin.

No doubt she found this restaurant and thought it’d make a great blog post, so she sat down and hammered out her post, which is around 200 words.

Now, the people replying to her question on Facebook told her to write the article first, and figure out the keywords later. But they’re missing the whole point of keyword research.

Researching keywords can give you ideas, and allow you to be even more creative. It provides more oomph to your content and allows you to write a much more useful article.

For example: I took the title of her post ‘Vegan Heaven in Berlin’ and extracted two keywords. Vegan and Berlin. Using these I did some quick research, which you can learn how to do here, and found these keywords in less than 10 minutes:

I could write a guide for vegans visiting Berlin, providing names of places to eat that includes breakfast, brunch, bakeries, bars and currywurst!

It’ll take a bit of research, but if I put my mind to it I can write something that’s really useful to my visitors. And it doesn’t mean I’m not being creative, I can be extremely creative in how I write. I can write it jokey, as a fun guide. I can write it from the perspective of a meat eater who hates vegans. There’s lots of ways I can be creative writing this article, and the end product will be amazing.

Far from stifling my creativity these keywords have given me lots of ideas that have stimulated my creativity. For a start I can think of lots of creative ideas around vegan dating! How about a guy who pretends to be a vegan to get the girl he loves? How does he cope? Will she find out? That sounds like a plot for a film, but all this creative energy can be ploughed into your writing.

This was only a quick 10 minute search for keywords, but if I wanted I could spend 30 minutes or more, and have a much more comprehensive list.

After I’ve got my list I’ll do some research on my topics. I’ll research what the vegan festival is, what bars and restaurants are in Berlin for vegans, what vegan dating is. I’ll take all this information and structure it into an amazing article that I know my readers will love. To write an article that provides real value to readers, you should be looking at a couple of hours at least. This gives you time to do some research, structure your article and write it up.

The original poster on Facebook didn’t want to ‘block’ her creativity, so she sat down and wrote whatever she felt like. This resulted in a 200 word review for a vegan restaurant. There’s no keywords in there for Google to get its teeth into. Google prefers long, in-depth articles, some say between 2000 and 3000 words, others say at least 1500. The more words you put into your article, the more words Google will have to show in its search results.

If you’ve added all the keywords that people are searching, then you know there’s people out there that want to read your article, they just need to find it. The only way they’re going to find it on Google is if you’ve included those keywords in your article.

The review the original poster wrote for the vegan restaurant in Berlin, is very creatively written, and makes for an enjoyable read, but it doesn’t do anything. It doesn’t help me as a reader. It might if it was number one on Google for ‘vegan restaurants berlin’, but that’s going to be difficult with local results, and websites like Tripadvisor to compete with. And even if she did have a powerful enough domain to compete with those results, she would need the key phrase ‘Vegan Restaurants Berlin’ in her title and headings.

But if she were to write a guide for vegans in Berlin, that included information about the festival, about dating and places to go, this would be a fantastic resource for any vegan visiting Berlin.

So the bottom line:

Writing the article first, then adding keywords later is like putting the cart before the horse. It doesn’t make sense. If you use keyword research in the right way it’ll open up a whole new world on how you approach your content.